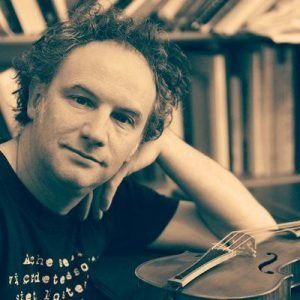 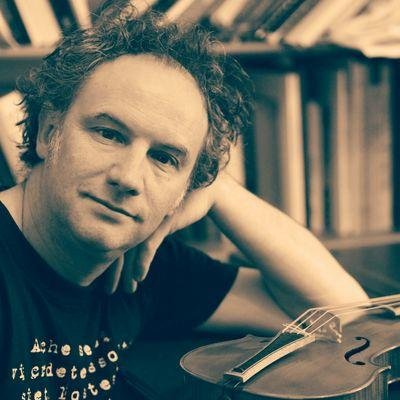 Dario Luisi, born in 1965 in Genoa (Italy), lives since 1991 in Graz, Austria. During his modern violin studies at the State Conservatory of Music “N.Paganini” he started developing his main interest in the historically informed way of playing and, as a self thought musician, is an active historical violin player since 1987. Dario Luisi plays “properly” all sorts of historical violin instruments from the renaissance to the classical period. As a player, soloist and leader he worked with well known, specialized ensemble of early music like, among others, Les Arts Florissants (W.Christie, P.Agnew), Les Talens Lyriques (C.Rousset), Capella Savaria (N.McGegan), Ensemble 415 (C.Banchini), Complesso Barocco (A.Curtis) and, during his career, he was inspired by playing together with artists like J.Bowman, E.Gatti, M. Hugget, F.Fernandez, A.Scholl, Robert Kohnen and many others.
In 2009 Dario Luisi obtains his Master degree at the University of Performing Arts and Music in Graz with a thesis about both violin and bow holding techniques from the 17th to the late 18th century; a summary of this work was published 2012 in the musicological magazine „Il Ganassi“ (Rome). Since 2001 Dario Luisi is teaching at the J.J.Fux Conservatory of Music in his adopted hometown Graz Historical Violin, Chamber Music as well as complementary subjects like Historical Organology, Historic Performance Practice and Ornamentation. As a lecturer, Dario Luisi is regularly invited by many institutions (University of Oregon, Urbino Early Music, a.o.) to hold conferences about various early music themes and, since 2010, he is artistic director of the Early Music Festival “Echi lontani” in Cagliari (Sardinia, Italy).
Copyright © 2022
Build with WordPress